The Tiger Sharks coaching staff includes both veteran and new coaches blending experience with fresh ideas and youthful energy. To better help parents and swimmers know their coaches, here's a little more info about them. 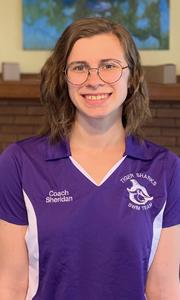 Sheridan hails from Clintonville, and is a 2018 graduate of Village Academy where she lettered in swimming and earned the Most Valuable Swimmer Award all four years. She served as team captain her senior year. Sheridan was a four-time High School State Swim Meet qualifier and made an appearance on the podium two different times with her 100 Butterfly.

Swimming has been a huge part of Sheridan's life over the years. She started her swimming career on a summer swim team. She loved swimming and joined the Liberty Township Powell YMCA Swim Team. She swam there for seven years. As a senior in high school, Sheridan swam with Greater Columbus Polar Bears. After high school, she was a member of Ohio State's varsity swim team.

Academics at Ohio State keep her very busy now where Sheridan is majoring in Art.

We're thrilled to have Sheridan join our team, and she is very excited about working with the Tiger Sharks swimmers this summer! 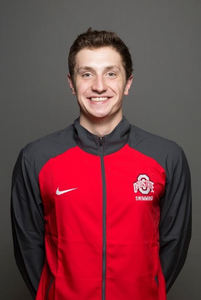 Noah was our head coach in 2016 and 2017. He's coming back as Assistant Head Coach to help with our coaching transition and because he loves the Tiger Sharks.

Noah was a member of The Ohio State University's swim team from 2015-2018. Before OSU, he swam for Countryside YMCA (13 years) and was a member of their national team (4 years). Noah also swam for Moeller High School and was state qualifier/finalist 3 of his 4 years on the team. As a senior, he was the team captain. His favorite strokes are Back (100/200) and IM (200/400).

Noah graduated from The Ohio State University in 2018 with a Bachelors of Science in Exercise Science and a minor in Pharmaceutical Sciences. He plans on attending medical school after spending a year conducting research at Nationwide Children’s Hospital. 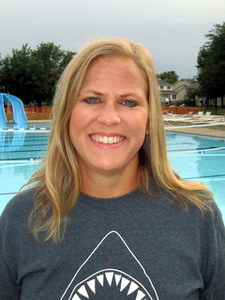 Sheri swam competitively for Bishop Hartley Hawks and Livmoor Sea Kings swim teams. She has been coaching the Tiger Sharks for 10 years. Sheri's favorite stroke is the backstroke.

Sheri is the Pre-School Director at the All Saints Academy where she also coached basketball and volleyball. Sheri's daughter swims for the Tiger Sharks. GO ABBY! 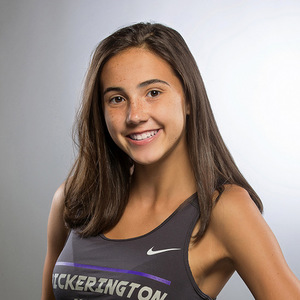 Maria was a Tiger Shark from 2007 to 2018. Maria graduated from Pickerington North High School last spring as a distinguished honor roll scholar-athlete. Maria will be starting her Sophomore year at the University of Cincinnati this fall.

Organized sports kept Maria busy throughout the last several years. She swam for the Green Wave in middle school and was a member of the Panther Swim Team all four years of high school. Maria also ran four years with the cross country team.

Maria will be lifeguarding at the Pickerington Community Pool for her third summer. She is returning to the Tiger Sharks after being a junior coach last year. 😀 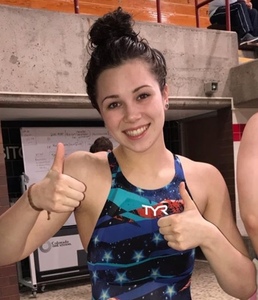 TCAL gave Kolya her first taste of competitive swimming 11 years ago when she joined the Baltimore Sea Lions. Six years ago, she made her move to the Tiger Sharks and is thrilled to be an assistant coach this season!

Not only is Kolya a loyal Tiger Shark, she was also a year-round Stingray for the Lancaster Y Swim Team and a Tiger for Central's HS Swim Team. Kolya considers herself a sprinter with breaststroke being her top stroke. She has been a National YMCA swimmer for the past three seasons.

Kolya graduated as a Distinguished Honor Roll student with math and science being her favorite areas of study. She's going to The Ohio State University this fall and plans on majoring in Astrophysics.

When not at school or in the pool, she enjoys drawing, sleeping, hanging out with her toy poodle and her friends, and exploring.

Kolya absolutely loves to swim for the Tiger Sharks in the summer because it's so fun and relaxed! Her advice she'd like to give to other swimmers is: "Stay relaxed at meets by having fun with your friends, and don't be afraid to ask for help." 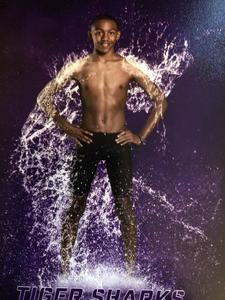 Noah joined the Tiger Sharks as a beginning swimmer three years ago and has also swam for the Lancaster Stingrays and the Greater Columbus Polar Bears. He will be coming into his third year of swimming this summer for the Tiger Sharks. Over the course of his training, Noah has become a competitive swimmer thanks to the guidance and mentoring of all his coaches, which is why he is excited to have the opportunity to pay it forward by being a junior coach and providing that same level of support and encouragement.

In addition to swimming, he also enjoyed wrestling for Ridgeview Junior High here in Pickerington for the last two seasons and plans on continuing his wrestling career at Pickerington Central next year. Noah is an honor student and loves to draw and sketch. His hobbies, aside from swimming and wrestling, are biking, running, and reading. His immediate goals include learning sign language and working out in the weight room at the high school this summer to increase his strength and agility for wrestling and swimming. Go Tiger Sharks! 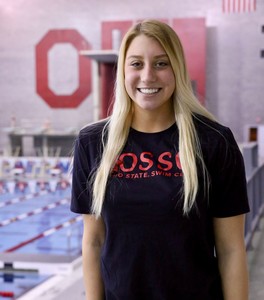 Paige is a local Pickerington swimmer, and a member of the Pickerington Central High School Swim Team. She has received her varsity and has been named as one of the MVP’s, each season.

Paige started her swimming career at Greater Columbus Swim Team of Ohio and currently swims for The Ohio State Swim Club. Through hard work and dedication she has accomplished many goals while training for and competing in USA swim meets. “I look forward to helping the Tiger Sharks Team this year not only by competing but, also by helping the team during the swim meets.” 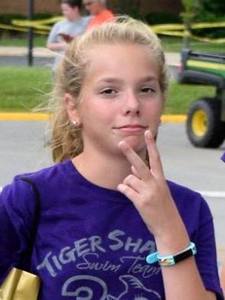 Carlie has been swimming competitively for 7 years; this will be her 3rd season swimming for the Tiger Sharks. She will enter 8th grade at Ridgeview Junior High School in the fall. In addition to swimming, Carlie participates in the RJHS Orchestra, RJHS Cheerleading and is a member of the RJHS Junior National Honor Society. She plays the guitar and ukulele.

Carlie is looking forward to help build excitement in the younger generation of swimmers. Her favorite event is the 100 IM. Carlie’s advice to Tiger Shark swimmers is, “Have a lot of fun, but don’t miss your events!”

Are you interested in being a junior coach? Fill-in the application and send it to us by mail or email.

View all
Recent News
List of of recent news posts

Proudly serving Pickerington and the surrounding areas with a tradition of quality service and a friendly staff. 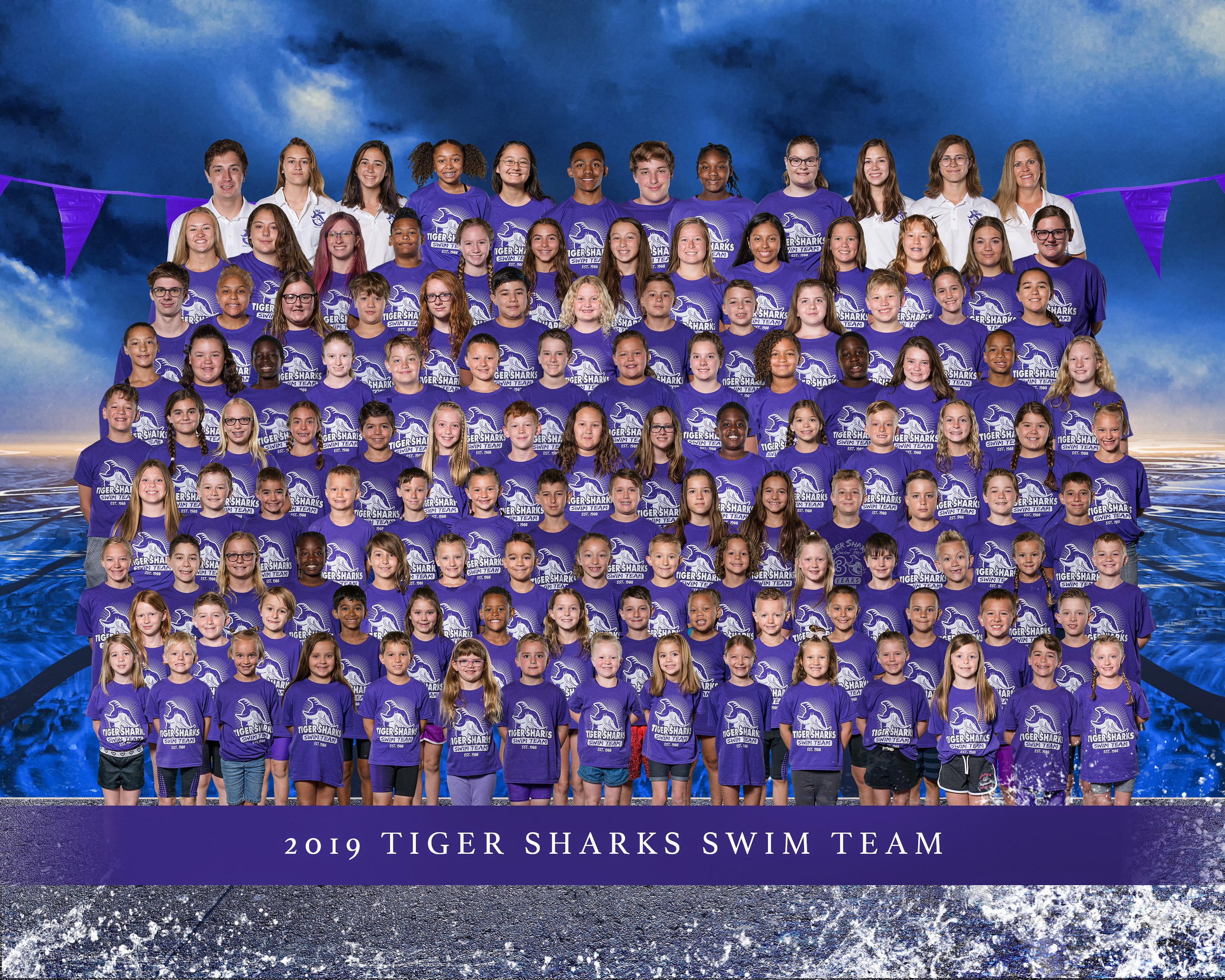 (C) Copyright Notice: All content of this website is copyrighted. All rights are reserved. Copy or use without prior written permission is denied. Contact Tiger Sharks, Inc. to request a license to use.